I’ve owned a Weber Q 1000 for many years and always loved this little grill. I have mine hooked up to a 15 lb propane tank at home where it gets regular use. It is small, but it heats up quickly and cooks food better than any other grill I’ve tried. 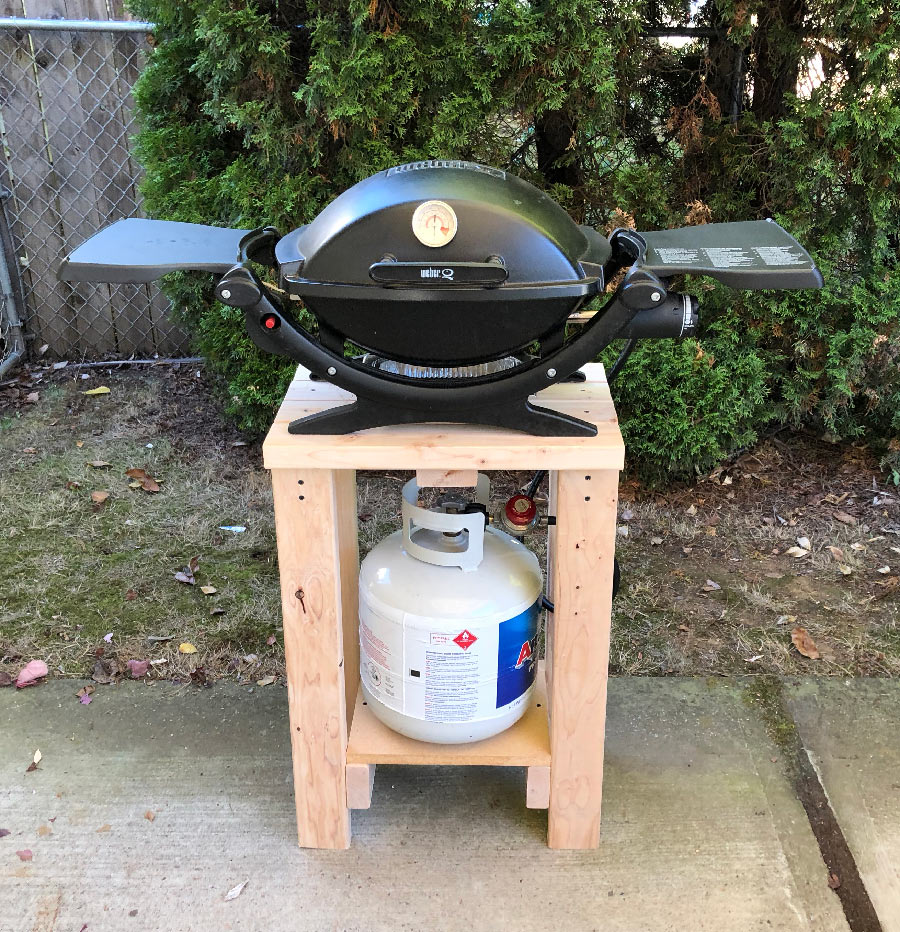 However, I recently noticed that my grill was taking much longer to heat up and was not getting hotter than about 400 degrees. Rather than buying a new one, I decided to do some upgrades.

Clean out the burner holes

A common problem with the Weber Q is that the tiny holes in the burner tube get clogged. This happens slowly over time but it can drastically reduce the effectiveness of your grill.

I tried several different cleaning methods but found that simply drilling out each hole with a 1/16th inch bit was the best option. Weber specifically advises against this as they say it can “alter the propane/air mix” but I’ve found it has nothing but positive effects. The holes are slightly larger after drilling and I’ve noticed they provide more propane flow overall.

Swap out the regulator

The built-in regulator that comes with the Weber Q maxes out at about 1 PSI and is not independently adjustable. I replaced mine with a High-Pressure Adjustable Propane Regulator that goes from 0-20 PSI. Of course, Weber also advises against doing this so proceed at your own risk! But it did make an enormous difference for me. 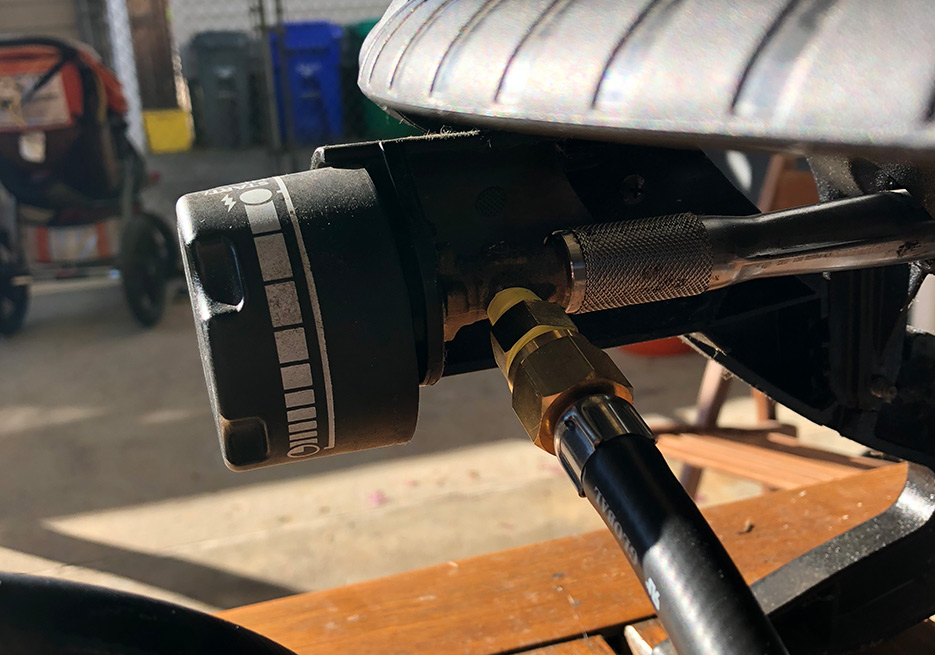 You will also need a 3/8 male flare to 1/8 female pipe thread fitting and some PTFE gas line thread tape. Simply remove the old regulator and bracket, and thread on the adapter and new regulator hose with PTFE tape on each connection. After testing I was easily able to get the grill up past 500 degrees in about five minutes!

Important tip: When you first calibrate your new adjustable regulator, take it slow! Start at zero and slowly adjust up until you can light the grill. Remember that you want roughly 1-inch tall blue flames with yellow tips.

I also purchased some side tables, grill cover and built a really simple grilling table that also holds the propane tank. I’ve been really impressed with the performance of my upgraded Weber Q and hope it provides many more years of happy grilling.

An Adapter for Small Tanks

One drawback of swapping out the regulator is that you can no longer use the small 16oz disposable propane cylinders. I rarely use these but its nice to have them as an option if my primary 20lb tank runs out. I bought this adapter that allows me to easily swap in a small tank and it works great! Just make sure you connect the adapter to the hose first, before connecting the small propane tank. Otherwise you may get sprayed with propane which can be very dangerous.

I found myself moving the BBQ in and out of the garage often so I decided to do an overhaul of the stand to make it mobile. I didn’t want the tiny plastic wheels you often see on BBQ carts so I added these 10-inch tires from Harbor freight. I attached the Weber BBQ to the cart with screws, added a handle and put in some built-in storage for my grilling tools. It’s not pretty but I’m happy with it! 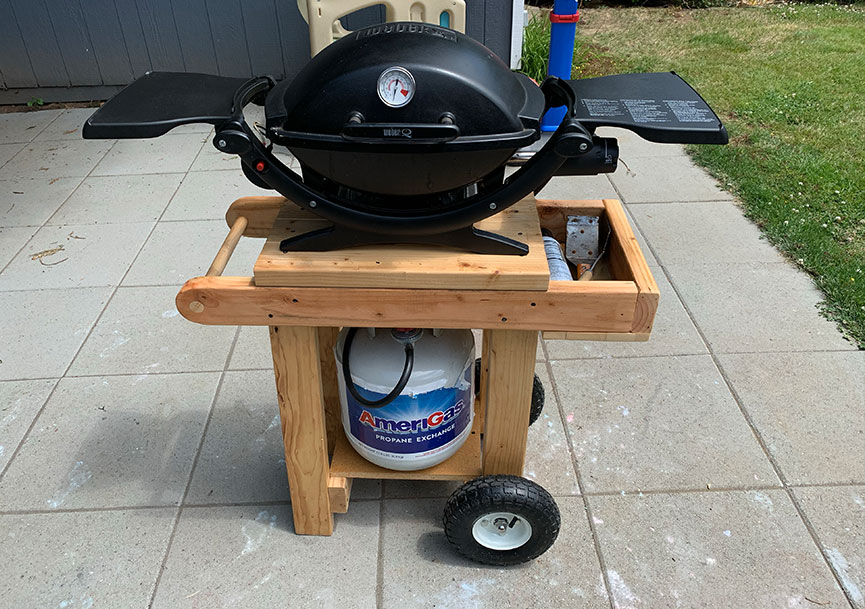